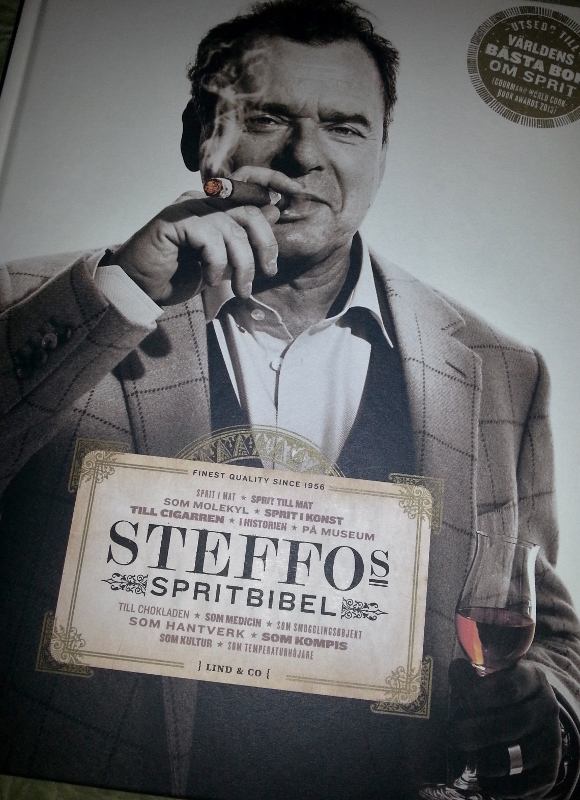 Some people ruin their drinks with ice
and then they, they ask you for advice (Lou Reed)

Welcome to Wine Blogging Wednesday at Aqua Vitae. Number #70 is my number 1 when it comes to this particular forum. For you who don’t know me, my name is Magnus Reuterdahl and I normally blog in Swedish – more info on me and the blog is available here. You can see me and the other particpants comments from the tasting at #WBW70 at Twitter. Also be sure to check out the host of this edition Catovino.

Wine tastings of various kinds are interesting, instructive and fun, but they give the most when you have the opportunity to test the wines with food. Therefore I’ve been pondering on what food we will have to the wines that I’ve planned to open for Wine Blogging Wednesday. I’ve been looking at Spanish recipes and conceded different Tapas. Then I stumbled on a Swedish food blog and got inspired to make a classic Swedish meat stew; Kalops. I thought it interesting to mix two different regions far away from with each other. Furthermore the wines are in them themselves refined and exclusive products while the ox meat stew I’ve made is quite rustic and rural in style.

The wines are from a well known region and the grapes are not unknown, though they usually are used as support grapes in the Riojas. A typical Rioja blend would be something like 60+ % Tempranillo, 10- 20 % Garnacha, and a smaller amount of Graciano and or Mazuelo. In this case it’s two wines from Bodegas Dinastia Vivanco in Rioja. One is produced from 100% Graciano and the other of 100% Mazuelo.

Bodegas Dinastia Vivanco’s history goes back to 1915 when Pedro Vivanco González began to make and sell wines. It continued with his son Santiago Vivanco and his wife Felisa Paracuellos. The current president is their son Pedro Vivanco Paracuellos. A fourth generation of Viviancos is also working with the company. Santiago Pedro with Dinastia Vivanco Museum and Rafael Vivanco who is the man behind the wines of tonight, the Colección Vivanco.

The Dinastia Vivanco foundation is currently involved in archaeological excavations and restorations of a 12th century winery and olive oil making facility used by cistern monks of the Clavijo monastery. The foundation has also published several books, among them El vino de los Faraones (Wine of the Pharaohs). Next to the winery is the Dinastia Vivanco Museum of the culture of wine. A museum awarded the best world wine tourism project by UN organization UNWTO.

Bodegas Dinastia Vivanco is a winery in my taste as they combine my two big interests; wine (my hobby) & archaeology (my line of work). Hopefully I’ll be able to visit them sometime in the future.

Well let’s turn back to what we’re here for, the wines. Both come from the Colección Vivanco line, a range of limited production wines, the Mazuelo 2473 bottles and the Graciano 3614 bottles.

Taste: Well balanced, dry, some mature notes, a bit of leather and straw mixed with lots of dark fruit and some peppers. A bit rough but with soft tannins, and a long persistent finish.

Colour: Deep purple with a hint of red.

Taste: Fresh and fruity with nice acids, mainly black fruit and berries but with som hints of raspberries, some green notes with a hint of bitter, soft tannins and a breath of oak and peppers, eucalyptus, soft tannins and a long complex finish. The aftertaste lingers on the palate a long time – with a long warm taste ripe fruit and acidity. This is a fresh wine that works well with food or as a social wine, it’s elegant, it’s well balanced and complex and has some exotic flavours that are difficult to put a finger on. Just lovely!

Both wines are superb, they do however not taste as a Rioja – the Graciano is a bit rougher in style not all that far from the Austrian St Laurents but with a warmer feel, while the Mazuelo is a bit sweeter and more acidy in style. Both have long aftertastes which would mean that they could do with some ageing, which would be interesting – but alas these where the ones I had.

What about the food and did it work with the wine?

Kalops is a classic Swedish beef stew containing beef, carrots and spices that is often served with boiled potatoes and pickled beets. One can also add onions and a couple of anchovy fillets, or a little anchovy broth to the stew. When carrots are added it becomes a local variant from the region Scania in the south part of Sweden. The word kalops stems from the English word collops which in turn stems from the word colhoppe.

The stew has a bit of sweetness to it, and the meat is tender – the pickled beets sweet & sour palate togheter with the sweet and peppery flavours of the stew works really well with the wines. Very nice indeed! It was interesting to notice that the Mazuelo worked better as a social wine and that the Graciano really made it to the food.

Scania Kalops recipe from the blog Skånska skafferiet (blog in Swedish), translated by me. The recipe is for 6-7 persons. Preparation time: 2,5h + a night + 1h.

Slice the meat in large chunks, about 75-80 grams a piece. Quick fry them in with a knob of butter in the bottom of a large heavy-bottomed pot (with lid).

Scrub the carrots but keep the whole.

Add the meat to the pot along with the marrow bones, carrots and spices (and onions if you chose). Pour water until the meat is covered properly; part of the marrow barrels may protrude. Raise the temperature and let the water boil. Then lower the heat and let it simmer for two hours with the lid on. Skim with a slotted spoon over time and stir now and then.

Set the pot with a lid over night in a cold place, a balcony or a patio so the flavours can deduct. Pick out the bone pipes.

Take the pot and let the content get a quick boil so that the liquid is dissolved. Remove the pieces of meat and carrots and set these aside. Strain the broth.

Clean the pan. Whisk the 2 dl of the broth the flour. Do this on the side of the stove so that the broth does not thicken too fast.

Put the pot on low heat and dilute with broth while whisking. Drizzle in soy sauce (just enough caramel brown colour) and add the honey. The sauce should not be too thick. Have some cold water ready at hand, if you feel that the sauce becomes too thick (if you wish to use anchovy this is the time).

Slice  carrots into smaller parts and add it together with the meat to the sauce (When I did it it became ca 4-5 dl sauce). Heat the kalops (the stew) and serve with boiled potatoes, pickled beets and some finely chopped parsley and freshly ground white pepper.

Hope it’ll taste as well for you as it did for me!

Hats off to Rob McArdle who I met at the European Wine bloggers conference in Vienna 2010 and who introduced me to this great wine! 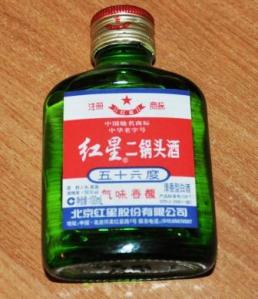 of Er guo tou  (二锅头/二鍋頭) aka Chinese white liquor aka Chinese vodka, a type of baijiu (distilled liquor). The most common  and perhaps the worst kind is Red Star or Er Guo Tou Jiu. Er guo tou means ”second distillation”, which indicates its level of purity. Er guo tou is often inexpensive and popular among blue-collar workers across northern and northeastern China. It is probably the most commonly drunk baijiu in Beijing, and is frequently associated with that city. When I first tried this I was sure my intestens would, of thier free will, leave my body and that I would wake up blind, now I woke up, I saw, I was alive – it’s an acquired taste – and I had to learn to drink it when I was in China some years ago and I learned to drink it though not love it. If you get the chance taste it! 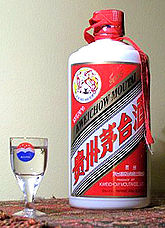